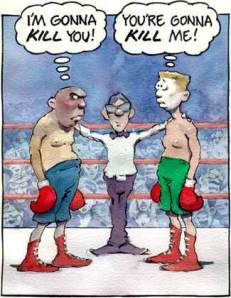 One reason an athlete will get beat, or not do what they were supposed to in a competition, is because they went in thinking they wouldn’t be able to do it. In order to have the outcome expected, you need to believe it’s possible.

A number of athletes will routinely use visualization techniques as part of their individual sports training. Those who use this technique often say that their performance improves, mental awareness and sense of well-being. All these factors contribute to an athlete’s success.

I used to compete in biathlon (skiing & target shooting) and we would use imagery to to calm our breathing and “see” the target. I do think it works, but you need to practice over and over.—Guest runner5

Visualization happens when athletes create an image or a series of images relevant to their sport, without any external prompts or stimulation; the images are mentally generated by an athlete on their own. It is simply creating the scenario that an athlete will have the outcome they seek in a competition based on past experiences as well as the desired. The most effective visualization techniques result best with a detailed sport experience where the athlete has complete control over a successful performance. An athlete may also depend on auditory (sounds), kinesthetic(movements), tactile sensations (touch), and purely emotional stimulation in order to get the visualization going through their mind. 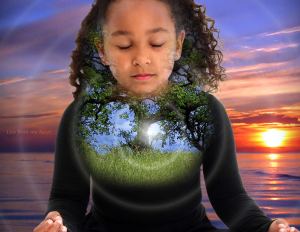 Stress can be a major cause of bad performance in an athlete, along with anxiety and anger as well.

Anxiety comes in two forms – Physical, the feeling of butterflies and nausea, and Mental, consisting of negative thoughts and worry. Relaxation is a technique that can be used to reduce anxiety.

When an athlete is angry, the cause of the anger often holds the main focus and attention. This then leads to a loss of concentration on what it is the need to be doing, performance deteriorates and confidence in ability is lost which fuels the anger.

Races are often won or lost before they even have the opportunity to begin. Swimmers who know this often play mental tricks on their competition. This is designed to give them a mental advantage without any knowledge that it is happening. Occasionally these can backfire on the swimmer by taking their focus off their own race, but it is also important to be ready to handle these unexpected mind games. It’s important to over come these challenges and stay focused on what needs to be done in a competition.

Swimmers also go through many specific periods during their season. There is often a one to two week period often referred to as “hell week” when practices are more intense and involve a lot of extra yardage. It’s meant to exhaust the body’s muscles and work them hard. This period is followed with what’s called taper, this is usually two weeks long and is a recovery period. During the weeks of taper swimmers are expected to hold on to their energy and keep a healthy diet. For a specified period of time, especially women swimmers, are not aloud to shave and let the dead skin and hair have some build up. The last day of taper, which is generally the day before a big competition, the swimmers will shave down. This involves shaving what your swimsuit will not cover, men will shave their head while women often wear just a swim cap. The shave down takes away layers of skin and hair that cause drag. The theory that the shave down and the mental process of taper have not been scientifically proven to make someone go faster in the water. As of now, it is all based on a swimmer’s attitude and their confidence in themselves.

“In training everyone focuses on 90% physical and 10% mental, but in the races its 90% mental – because there’s very little that separates us physically at the elite level”. 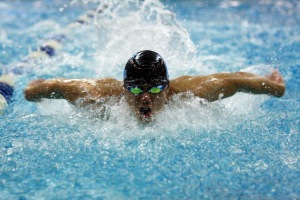 Research is finding that both physical and psychological preparation in certain situations can be improved with these exercises. Such repeated technique can build both experience and confidence in an athlete’s ability to perform certain skills under pressure, or in a variety of possible situations.

Structuralism is the idea of breaking down the mental process of someone into the most basic of components. Like in chemistry when you have to take a chemical, and break it down into it’s most simple components. This is just looking at the elements of a person’s consciousness and breaking each part down into simplest terms. Functionalism is just a reaction to structuralism. It is the mental processes, feelings, and experiences. Finding all of these components of a person’s mind is done through the reasearch of sensation and perception through seeing, hearing, and touching.

William Wundt was a top researcher in discovering this field, and he had started the first lab to follow the type of research for basic mental activities of structuralism. He came up with the tridimensional theory of feeling; this states that all feelings have to be either pleasant or unpleasant, tense or relaxed, and depressed or excited.

Those who study psychoanalysis follow the belief that all behavior of people has motivation and a purpose. Past experiences can contribute to these behaviors in their present moment. It is said that repressed feelings can have personality disruptions and/or self harm. The research is based on the internal working of a person and trying to explain why they act the ways they do, meaning that all of this falls under the idea of the sub consciousness. 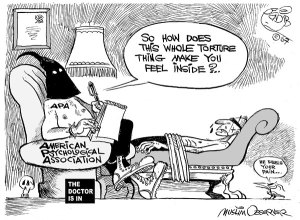 The most significant researcher of this school, is Sigmund Freud. He made the complex theories of conscious versus unconscious. He believe people had drives and instincts that they just had, and it was due to who they were.

This is the school of psychology that takes notice of the outward behavior of people. They observe, and they are straight forward about it. There’s no going into their mind, and is basically the exact opposite of psychoanalysis. Scientists in this field believe that the mental processes of behavior are not accurate because they are not observable, nor is it believed that behavior is a result of mental processes. Humans are taught how to behave, they can control and predict their behavior, and they really only have basic feelings.

John B. Watson was a major researcher in this field, and he believed that all the research could be based on study actions to learn how to control them. He used animals for studies, such as dogs; ringing a bell and giving them food, being sure to ring the bell before every feeding. Eventually whenever they heard the bell, they assumed they would receive food.

This is the study of understanding the conscious mind and learning about a person’s self reflection in order to grow. It is believed, from this school’s point of view, that behavior is controlled by one’s own choices, and not their surroundings. This type of psychology was meant to help a person fulfill their own potential through accepting themselves. This follows the belief that all people are inherently good, and that if they have a mental illness or are criminals, it is because of an issue along the way.

Abraham Maslow was a great researcher in the humanism field. He had the belief that human’s will always naturally choose what they need more in life over what they know they can live without. They will choose water over food because they can live for weeks with no food, but only days with no water. 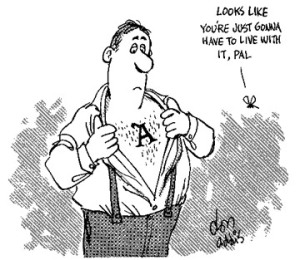 Out of these four schools pf psychology, I don’t know if I can choose one I completely agree with. On humanism, I don’t believe anyone is born either good or bad. People are born, and they live and make decisions that can determine how good or bad they are in the world. Though I do disagree with behaviorism, mainly because it is not fair to say that people have every choice in how they act, and that only their behavior is observable. There are many times, especially as a teenager, that someone will speak without thinking, and that when someone is around different people they have very different reactions.

Welcome to WordPress.com. This is your first post. Edit or delete it and start blogging!